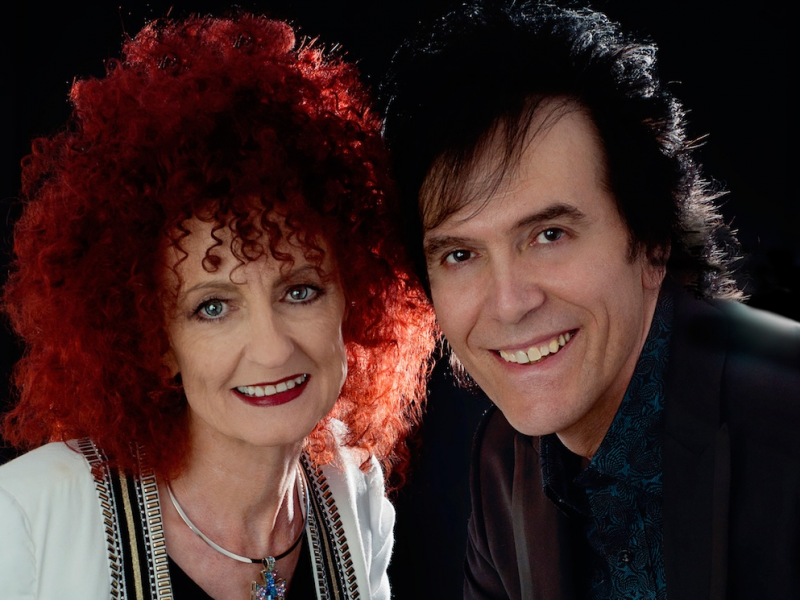 Ps David and Rosanna Palmer have been involved in Christian ministry since they met Jesus. They were professional musicians, travelling and performing in their band, Rosanna’s Raiders. In 1982, their band members and some of the road crew surrendered to Jesus. Since that time, the Palmers have been completely dedicated to loving and serving him in whatever way they can. This has included music outreach, worship leading, church planting, pastoring, teaching, and helping to facilitate various conferences, crusades and outreaches.
As founding members of Christian outreach band, Rosanna’s Raiders, they began ministry in 1982 by evangelizing in hotels, nightclubs, prisons, and schools. Later, they toured Australia, performing in Christian concerts as both Rosanna’s Raiders and in the seven-piece contemporary praise band, Power Praise. Together they have been involved in the recording of 16 albums and the writing of more than 12 books.

The ministry call was instantly evident on David and Rosanna’s lives. God’s love and compassion led them to invite band members, street kids and new Christians to live with them. Their house was full continuously with up to 5 live-in disciples at a time—along with many others who came for regular Bible studies and prayer sessions.

David’s passion for the word also appeared at this time. As there was no space in the house, he set up a desk in the garage and invested many hours in Bible study and prayer daily. Church involvement has been a high priority for the Palmers. This began in 1982 at Truth & Liberation Concern (TLC) in Bayswater, a suburb of Melbourne, Australia. Here they were involved in music-outreach, and pioneered The Lord’s Raiders youth group. This group began with six teenagers and grew quickly.

However, in 1985, the Holy Spirit led David and Rosanna to accept an invitation to join Pastor Tom Rawles in pioneering a contemporary church in Moorabbin, Harvest Christian Centre (HCC). This then became the base for Rosanna’s Raiders music outreach. At HCC the Palmers became Creative Ministries directors, with David as associate pastor. Soon David’s teaching and preaching gifts became evident, and he was invited to preach in churches throughout Australia and beyond. Opportunities also opened for him to teach in Bible colleges and discipleship programs.
The Palmers began to pioneer churches in 1988. Sent out from HCC, the first was in Melbourne’s red light district of St.Kilda, then Sunshine and Chelsea.
In 1996, they were invited to Faith Christian Church in Dandenong to minister alongside Victorian State President of the Australian Christian Churches, Pastor Alun Davies. Here David’s teaching gift was recognized, and he was asked to teach at Harvest Bible College. When this season concluded, David was appointed Principal of Surfcity International Training College on Australia’s Gold Coast and Rosanna as worship pastor for the Surfcity church.
David and Rosanna Palmer have been involved in evangelistic, pastorals and creative ministry since 1982 when their professional rock band became Christian. Since that time, David has sought to discover the truth of God’s word and apply it to contemporary living. He has a sharp mind for theology. Mixing this with his musicianship and creative abilities, he and Rosanna have been able to use contemporary creative art and music for successful outreach. They also helped to introduce contemporary forms of praise to the Australian church in the 1980’s, and have continued in praise, worship and creative ministries in the local church ever since.
Pastor Richard Nugent, senior minister of Surfcity Christian Church, released the Palmers to full time itinerant ministry in 2012. This was exactly 30 years after he led their band members in the prayer of salvation in his living room in Morwell in 1982.

Since that time David and Rosanna have ministered in many different churches, recorded several more albums and written various books.
Books from David W. Palmer include:
How to Operate In the Spirit and Power of Elijah
The Day God Explained Himself
Sweatless Holiness (eBook and print)
God’s Will Is Healing
Empowered Under God’s Covering
Praise, Worship and Creative Arts in the Contemporary Church
What Are God’s Ears Tuned To?
How to Overcome the Daily Evil?
What Does Jesus Say it Takes to be Saved?
Rosanna’s books include:
Called to Worship (eBook, print and audio)
Unstoppable: Be a Rock Star, Not a One Hit Wonder
Designer Label Life
Get Out of the Box
From Shattered to Shining (print and audio)
His Passion My Purpose (print and audio)

David and Rosanna were sent out into itinerate ministry in July 2012. They have been involved in a variety of ministries. For example:

Below are some suggestions for possible ministry events.

• We can minister in church on Sundays.
In some churches as well as preaching, they enjoy having us take all the praise and worship, in other churches we work with their worship teams. In some, Rosanna sings some items and I preach. It depends entirely on the needs of the local church.

Some other ideas for ministry could be:
• Praise worship and Creative ministry Seminar.
Part 1 is Bible study / teaching through the bible on this vital topic. (David has taught this as a 13 or 10 week Bible college course for many years. The seminar is a short version of this,)
Part 2 is a workshop for musicians, singers and worship leaders—this is more practical for the worship teams, whereas part 1 can be for anyone in the church in addition to the worship teams.
• Outreach dinner / concert with items, testimony and message.
• Women’s event / dinner / outreach with Rosanna singing, testifying and message.
• Dave can speak at Men’s meetings.
• Gospel Truth Seminar / teaching with Dave. Including topics as Faith, the new birth, Sanctification by faith, new creation truths, Holiness and New Testament living.
• Crusade of successive nights.
• Or several nights with a combination of the above.
• Camps
• Can also do teaching / seminars on Marriage, Leadership / discipleship, ministry development, faith.